Valerie Grenier won the first giant slalom of the 59th Golden Foxes with a lead of 0,37 seconds, making her the first Canadian Winner in the history of the competition.

The Canadian not only successfully defended, but even increased her advantage from the first run and thus secured her place on the top step in the company of Italian Marta Bassino (+0.37) and Slovakian Petra Vlhova (+0.40). Mikaela Shiffrin - in accordance with her own predictions - did not manage to win this time, but shared 6th place with the Frenchwoman Coralie Frasse Sombet in the final tally. A successful downhill also awaited Ana Bucik, who improved her ranking from the first run and finished the competition - to the great joy of the Slovenian fans - in eighth place.

The first place surprised even Grenier "First run I had a lot of mistakes at the top but then I somehow got into my rhythm and held it all the way until the end. It was very unexpected to come out first so I was a bit nervous before the second run. The second run felt good, I made a couple of mistakes along the way but managed to hold the lead until the end."

The second-placed Marta Bassino could not hide her disappointment in the finish line, but after her head cooled down a bit, she was nevertheless satisfied with the final result: "I really like Kranjska Gora and its steepness. It was really fun skiing today because the snow was perfect. I think I can be even better in some parts, so I'm looking forward to tomorrow when I'll get another try for first place."

She was a bit more self-critical after Petr Vlhova's second run: "I'm definitely happy with the podium, but in some parts I'm not too happy with my performance. I had to attack a lot, but it paid off in the end. The snow was not too icy today and I was able to ski quite aggressively. Tomorrow I will do my best again and I hope to be on the podium again."

The starting order of the 2nd giant slalom will be decided today at 18:00 at a public draw in Kranjska Gora, where the performance of the band Leonart will also brighten up the event. 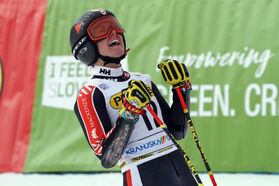 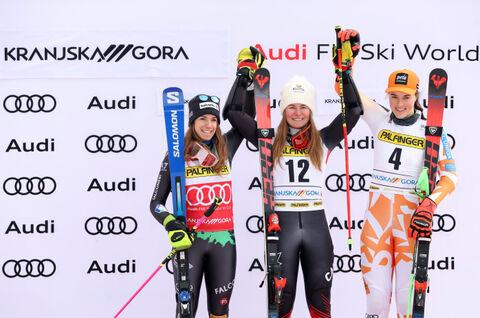 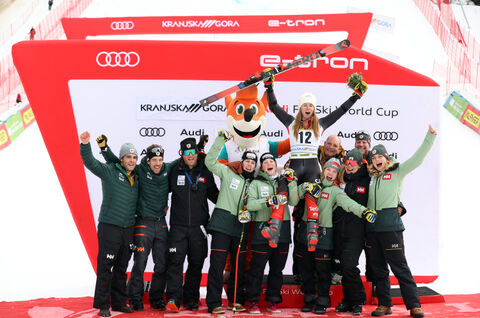 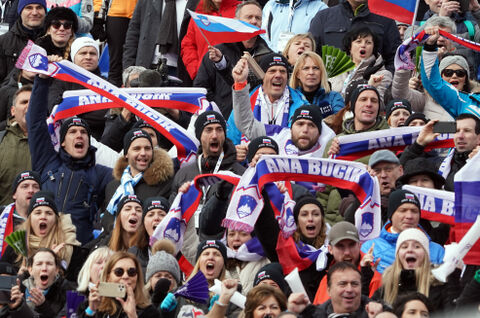