Tessa Worley, the most successful giant slalom skier (13 victories) among active skiers and Marta Bassino, the best giant slalom skier this season (3 victories), were unbeatable on a hard, difficult and icy race course. For them the 57. Golden Fox race course hosted in Gorenjska was »easy«. Yet small differences in times showed bigger differences in quality, meaning the Golden Fox giant slalom race brought the attention to what kind of race courses are needed in alpine skiing for women: difficult, demanding, selective, hard. The race was not won only by the best skiers, as younger competitors could take advantage of excellently prepared race course despite high bibs. Among them was Slovenian Neja Dvornik, who finished on 23. place and won her first World Cup points. She »broke the ice« on a very icy slope making her further pursue of success easier.

The best Slovenian skier was Meta Hrovat. She attacked her local slopes, but was just enough to keep the 9. place, as in the first run. Despite, some bad results and not finishing previous races, the season start was good and she achieved great success today.

Even though the race was in Kranjska Gora and without any spectators, it had that authentic Golden Fox atmosphere created by playing cheering sounds of »kurenti«. Organizers brought this cheering spirit to the slopes to show support to skiers competing on Podkoren slopes. 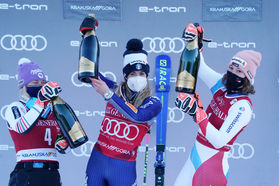 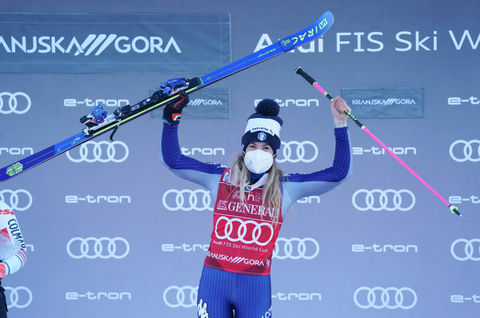 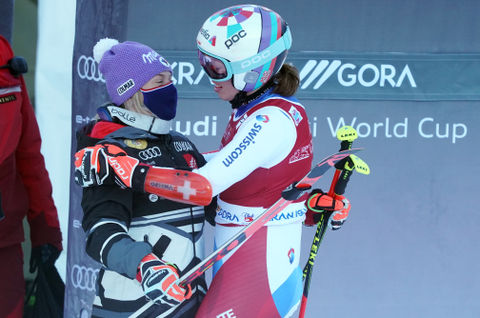 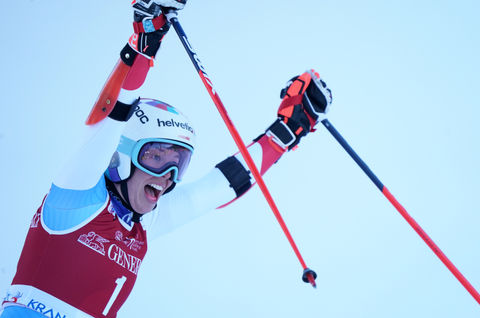