While Maribor slopes are lacking snow, Kranjska Gora is dealing with too much snow. Podkoren slope requires surface hardening.

”Final decision is not done yet, but I am 100 % sure organizers from Maribor and local staff can prepare and harden the slopes. We still need to arrange that depending on the weather situation and forecasts,” said Markus Mayr after the inspection of Podkoren slopes, covered with more than 2 meters of snow.

Last year the Golden Fox was hosted in Kranjska Gora and the race venue is moving again. After nights in Maribor were not cold enough and snow cannons could not be used, the FIS snow controller Markus Mayr visited a reserve venue in Kranjska Gora. After a slope inspection with Chief of Race, Mitja Dragšič, he said: ”We need to make a plan for further actions. Unfortunately, this time there is too much snow. The snow is fresh, containing lots of air, soft and great for skiing, but not for ski racing. The snow is just not hard enough.  Due to this we need to find an agreement how to proceed in next days to harden the snow, depending on weather situation.” 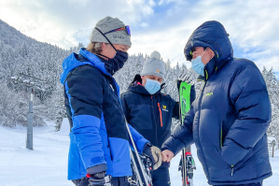 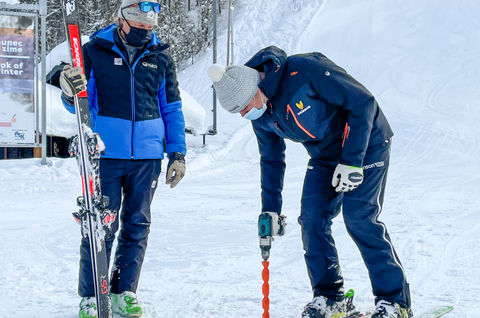